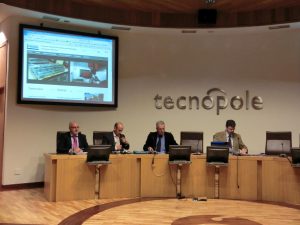 Entrepreneurs die and mold manufacturers grouped into FEAMM been held on 16 and 17 April annual assembly in the Technological Park of Galicia.

During the meeting they reviewed the situation of the sector and has shown that, despite the current difficult situation, in 2011 there have been companies that have implemented abroad (Morocco, Mexico, Romania, …) , others have increased their presence in China, which have expanded facilities that have renewed machinery, who have been involved in innovation projects and some that have achieved record revenue figures.

FEAMM entrepreneurs believe that the competitiveness, innovation and internationalization are key determinants for the survival of companies and are alarmed by recent actions of the Administration pointing in the opposite direction as:

– The disappearance of the programs Innoempresa

– Reducing the budget for the shares of ICEX internationalization of companies.

In this situation the government decided to transmit to prioritize those activities that most enhance competitiveness, innovation and internationalization of companies.

As part of the Assembly also paid a visit to the company Hispamoldes.