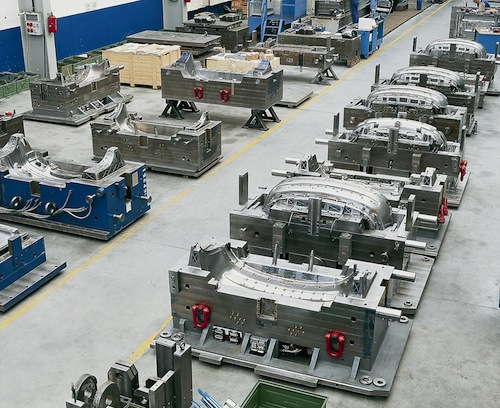 The relocation of companies from client sectors and the emergence of new producer countries have made ​​significant changes in the field of molds and dies.

While it seems likely that in the immediate future of the block several countries Asia-Pacific, South America and South Africa will gain importance as producers or consumers, the three most significant geographic areas currently are: NAFTA, the European Union 27 and the formed Japan, China and South Korea.

World production is between 45 and 50,000 million distributed as follows: 50% for plastic molds, matrices 45% and 5% aluminum pans.

Europe, despite the reduction suffered in recent years, contributing almost a quarter of the world and Spain between 1 and 2%

Recent developments show that the NAFTA area has decreased significantly in all, both production and consumption of both molds and dies.

In Europe, production and consumption have increased and decreased for molds for arrays.

There is a shift of production and consumption towards the east.

The three areas are mostly sold to themselves and the situation is stable in America and Europe.

In contrast, Asia has a very stable and distinct behavior in the matrices and molds. Since 2004, Asia is increasing domestic exports of matrices while for the molds is significantly increasing external.